Until Steven releases more, I believe the lizard man Army is done for the moment! 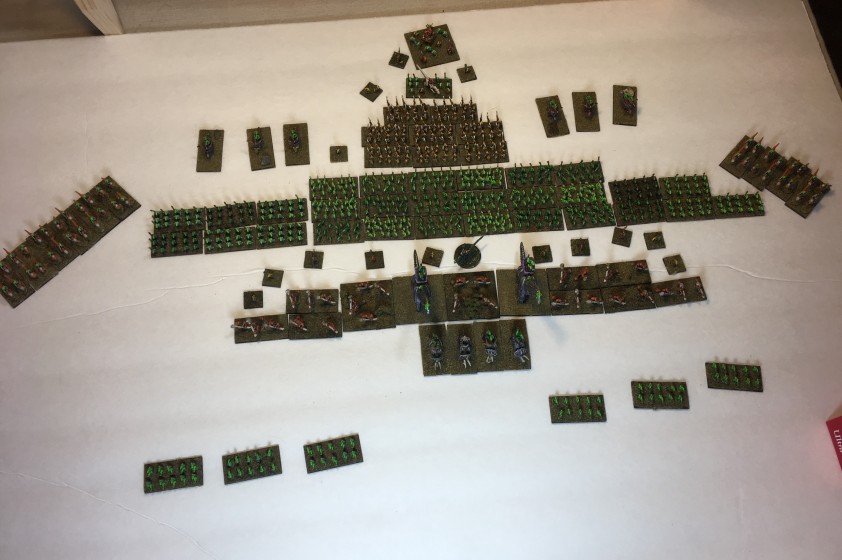 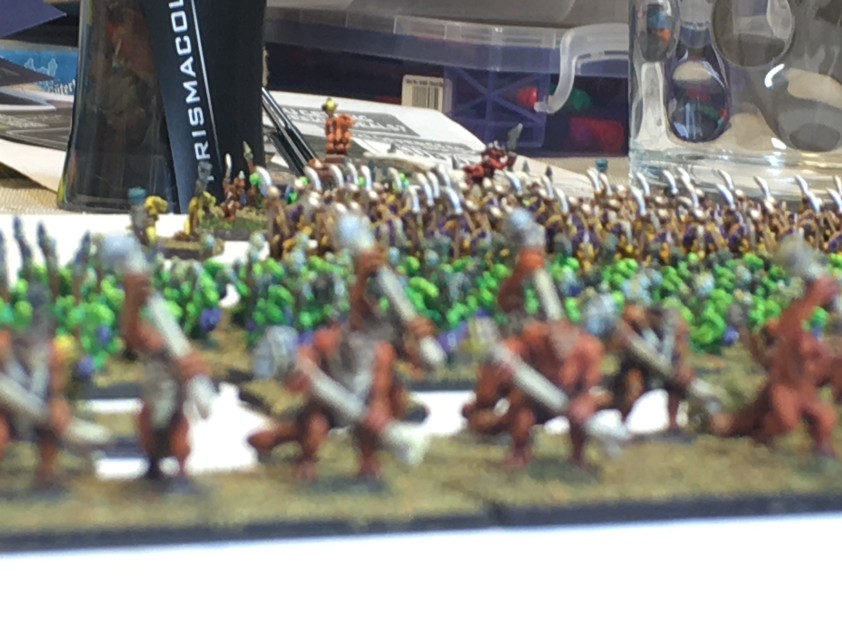 Jar Jar Looked upon his Legions, and it was good. 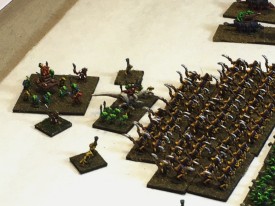 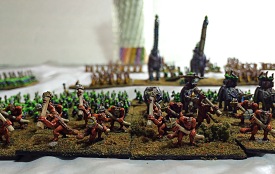 I’m just please as punch with this army.  The picture on the left above here is pretty much why I like 6mm.  Now that looks like an Army!  If anyone is in the Portland Area and wishes to challenge me, just let me know.  It all fits in a teeny little scrap booking box to boot! 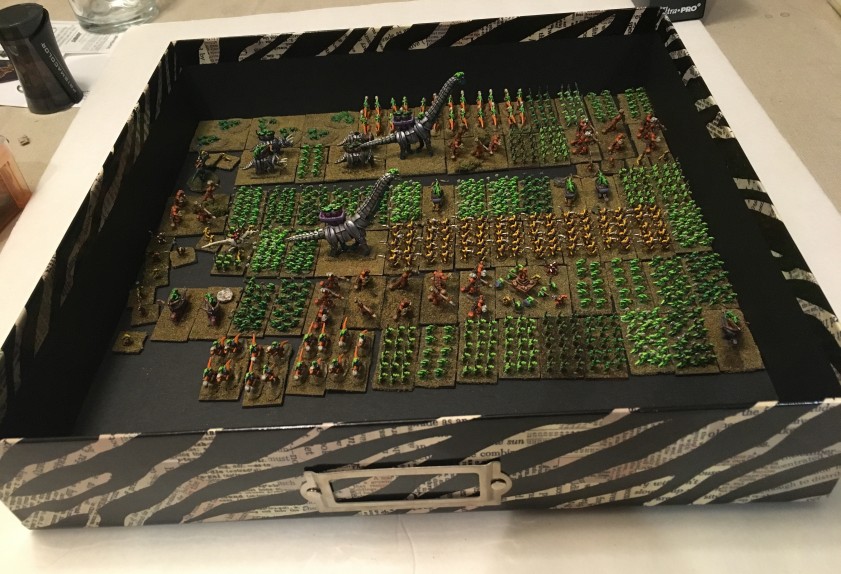 I’m going to finish today with a couple of photos of what I used to base my figures.  For my fantasy figures I like to fill the bases  completely (I have a DBA project coming up that I think will be more scenic base orientated in the future, so stay tuned for that).  After some early experimentation this is the method I settled on. 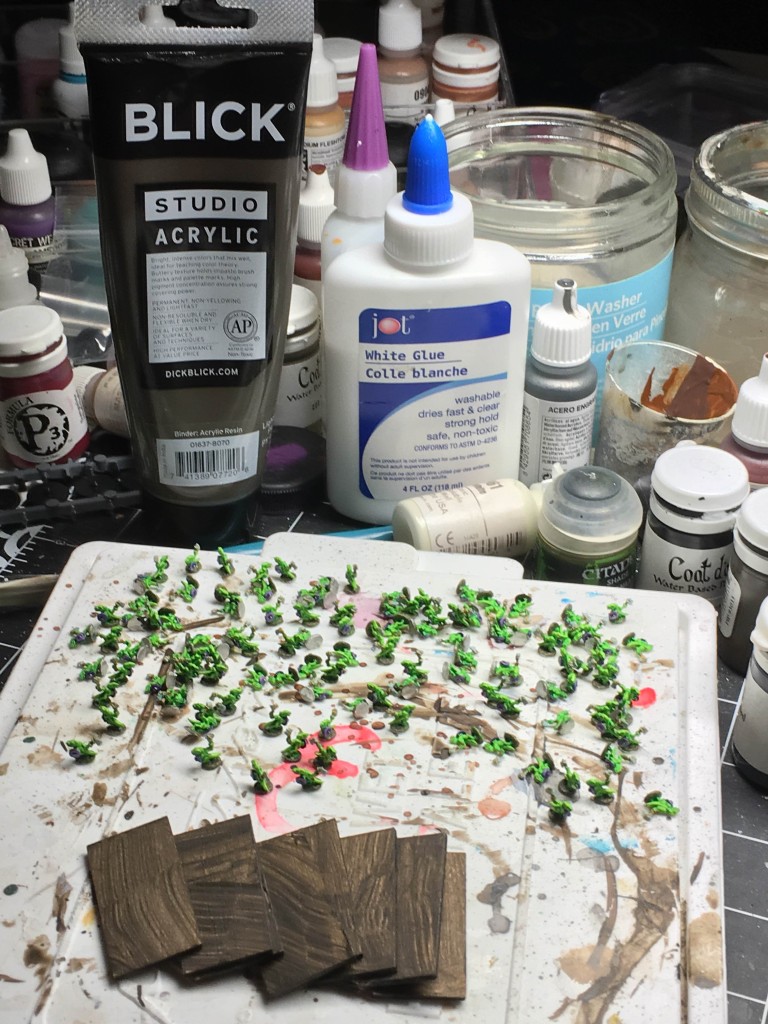 This shows all my materials.  I use 1.5mm litko bases, primarily 40x20mm.  I use a lot of that dick blicks burnt umber paint,  in this case I usually go about half PVA, and half paint, and then add some water.  Depending on temperature I may add some slo dri as well.  I quick note on PVA, one would think it would be cheaper to buy it in large quantities, but where I live anyway, Its actually cheaper to go to the dollar tree and buy tons of their small glue containers, go figure. 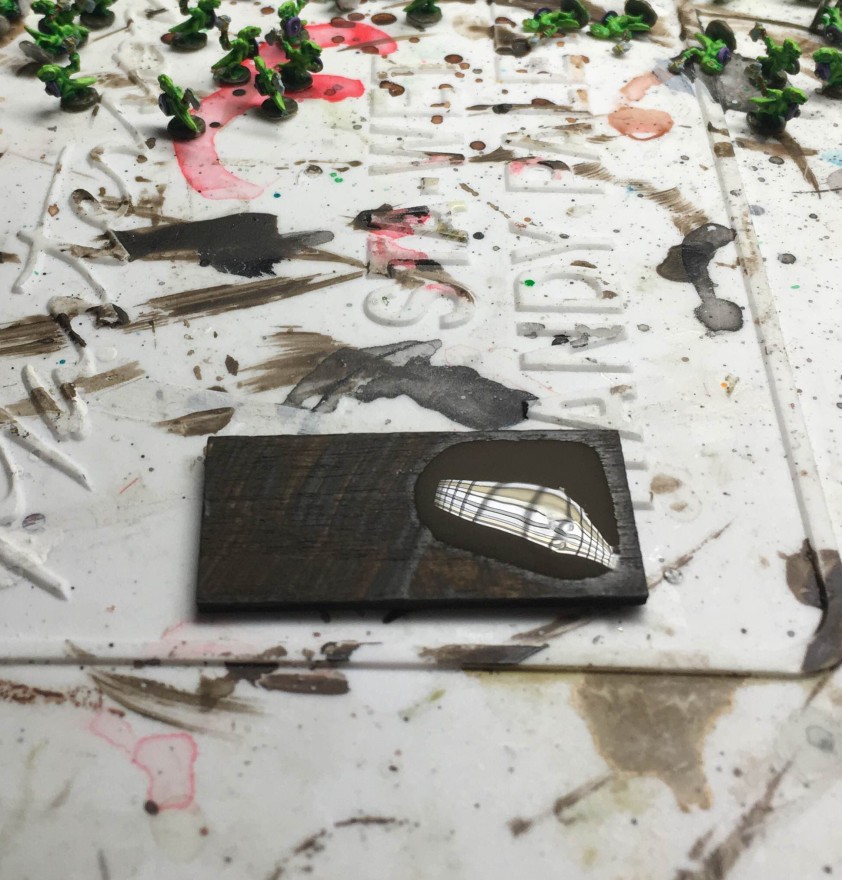 I like the mixture quite thick as you can see here.  If it is fairly thick i find I get good adhesion right away so I can move the base a bit without dudes falling over (a huge PITA with individual 6mm figures) 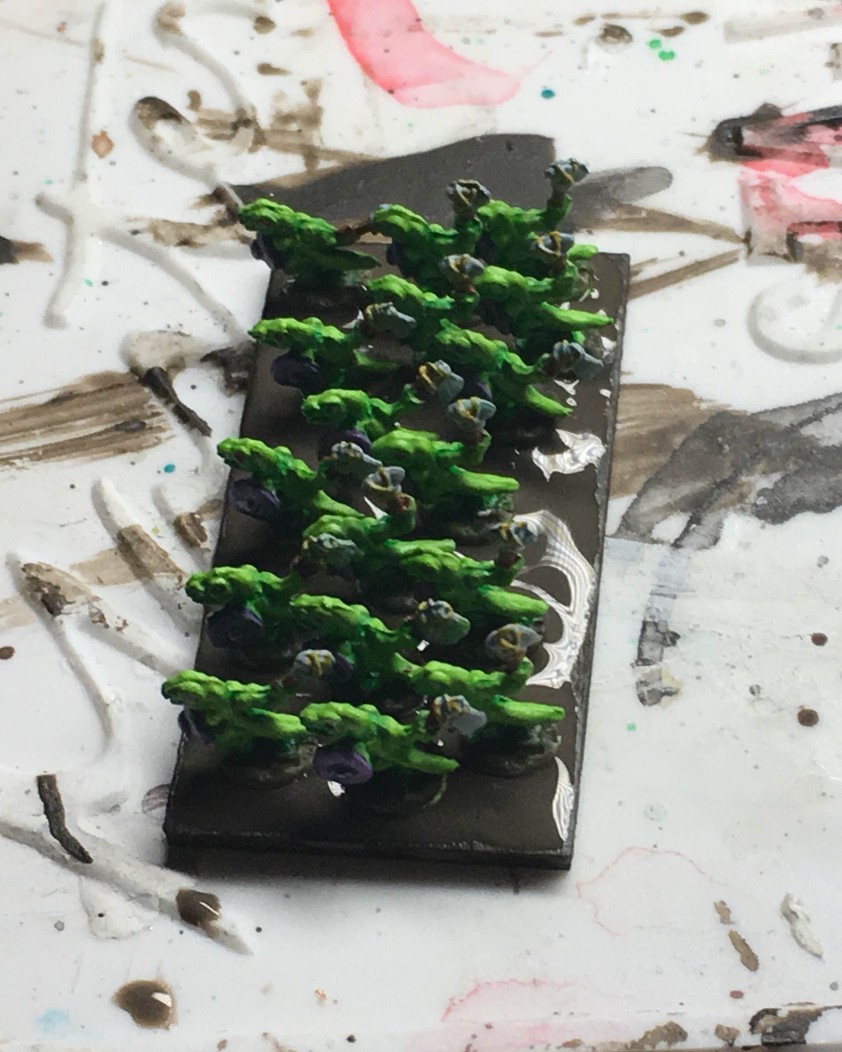 Once I have the base filled, I put it on my flocking plate, bury it in flock and leave it for the night, dust it off the next morning and we are good to go.  Nothing fancy, but gets the job done, and I can do it quickly.  I will typically do 10 or so bases at a shot (about 150 figures….)

Expect some more Pendragon mini pics soon, and the first painted units of a new army!

One thought on “Army Photos and a small ‘How I base’”